A brace from West Brom centre-half helped Northern Ireland on their way to a precious 3-1 win in the Faroe Islands on Friday night, a result that sees them on the cusp of Euro 2016 qualification. 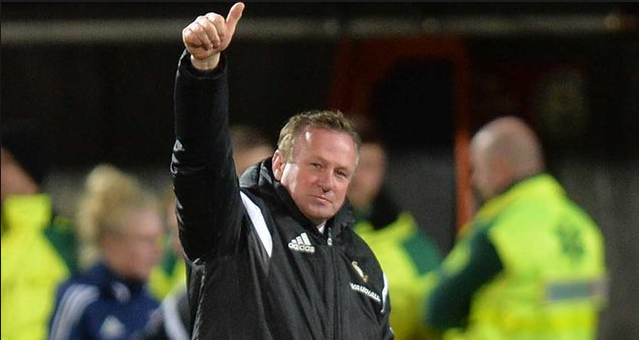 Gareth McAuley, who also scored in the reverse fixture, headed home the opener on 12 minutes. 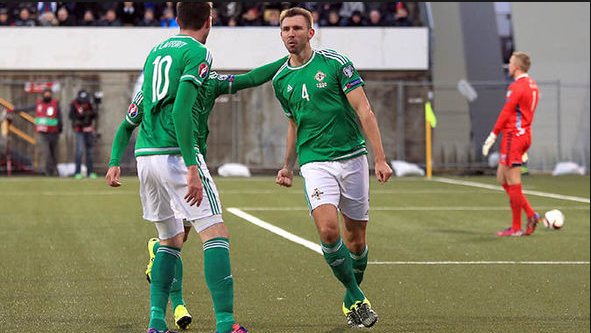 However, Joan Simun Edmundsson levelled for the hosts before the break.

In the second period, Michael O’Neill’s men toiled against a well-drilled Faroes side. However, the sending of of  goalscorer Edmundsson (for two yellows) just after the hour-mark gave hope to the Northern Irish. And eventually the goals came, with McAuley bagging another header.

Before Kyle Lafferty netted his sixth goal of the campaign, a haul only Poland’s Robert Lewandowski can better, courtesy of his eight goals. 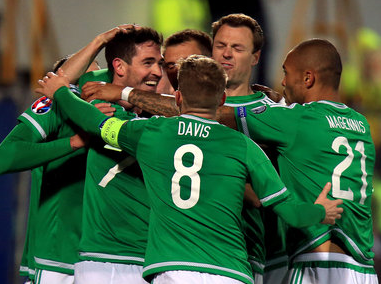 O’Neill’s men go top of Group F with a win at home to Hungary on Monday assuring them of their first ever Euro finals appearance. 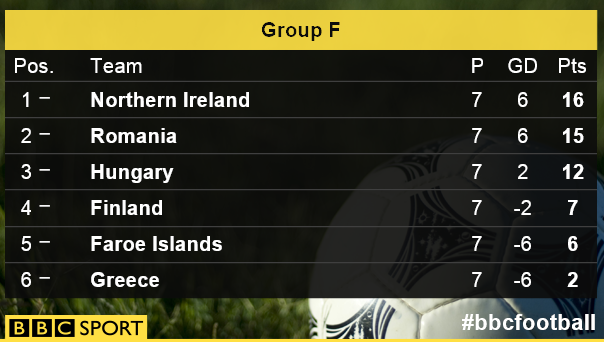