In a predictably comfortable 6-0 win for England in San Marino, Wayne Rooney netted his  49th international goal against San Marino, joining Bobby Charlton atop of the Three Lions scoring charts. 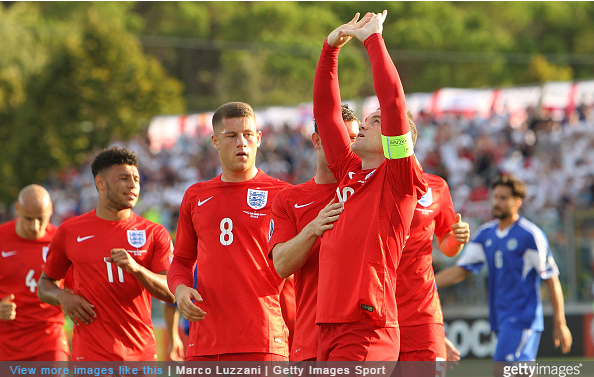 The record-equalling goal for Rooney came after just 13 minutes, courtesy of a spot-kick after John Stones was fouled in the box.

The visitors then doubled their advantage on the half-hour mark when Cristian Brolli headed into his own net.

Soon after the re-start, the impressive Ross Barkley nodded home his side’s third of the game from an Alex Oxlade-Chamberlain centre.

On 59 minutes, Roy Hodgson rather surprisingly hauled off Rooney, thus taking away his chance of becoming the outright top scorer for England.

On 67 minutes, the England boss then swapped swapped Oxlade-Chamberlain with Arsenal team-mate Theo Walcott and within a minute the speedy winger had scored from close-range.

Harry Kane, currently in the middle of a goal drought for Tottenham, dinked in a lovely goal on 77 minutes, after a superb through-ball from Jonjo Shelvey (who impressed, albeit against poor opposition, in a deep-lying role)

Finally, Walcott netted his second of the game after a clever pass from Barkley.

After a satisfactory display from Hodgson’s men on a very unsatisfactory pitch, they keep their 100% record in Group D alive. 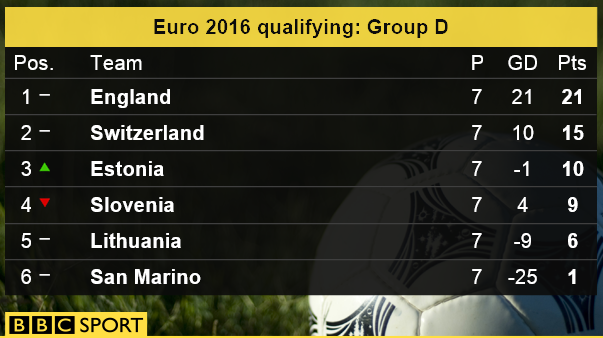 Now on to Wembley on Tuesday, where Rooney has another chance, this time against Switzerland, to make it 50 goals for England.