This was supposed to be the game which saw Wales qualify for a major tournament for the first time in 57 years. But instead, the Welsh were foiled by a well-drilled Israeli side in a tense 0-0 draw in Cardiff. 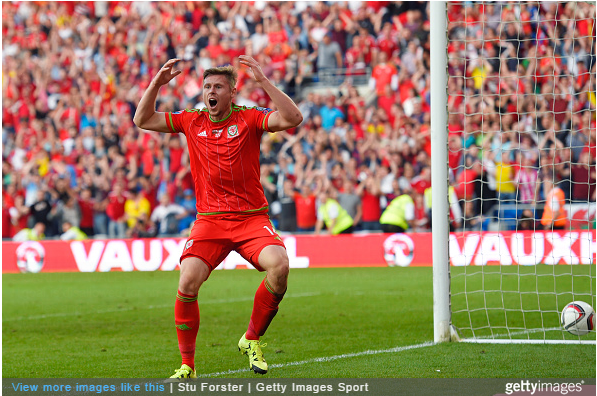 The hosts started brightly, with Andy King seeing his effort saved by ‘keeper Ofir Marciano and Aaron Ramsey heading over from the rebound.

Chris Coleman’s men started to fade as the game went on, with the flight back from Cyprus taking its toll on the squad.

After the break, Gareth Bale fired a free-kick over.

Then, the home should should’ve been awarded a penalty when Maccabi Tel Aviv defender Eitan Tibi clearly handled the ball in the box, only for the officials to dismiss the Welsh protests.

A corner from the impressive Ramsey then set up King, who could only head straight at the ‘keeper as the home side pushed for that precious winner.

They thought they had snatched victory at the death, only for Simon Church to be (correctly) flagged offside. And that was that.

The point still sees Coleman and co. top Group B, and a win against either Bosnia-Herzegovina or Andorra (surely a certainty?) will see the Dragons finally book their place in France. 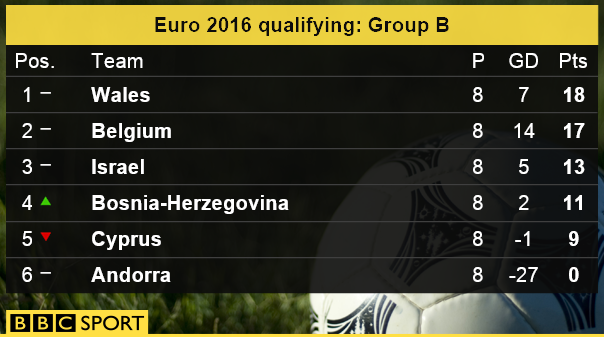