A late Kyle Lafferty goal rescued a precious point for Northern Ireland against Hungary on Monday night, with the 1-1 draw keeping Michael O’Neill’s men on course for France next summer.

The Northern Irish could have sealed qualification with a win against Hungary and the hosts dominated for large periods of the game.

However, they couldn’t make the breakthrough and instead, on 74 minutes, Hungary took the lead courtesy of a howler from ‘keeper let Richard Guzmics net from close-range.

Things went from bad to worse for the Northern Ireland when Chris Baird was sent off for two rapid-fire yellows. The defender received the cards one straight after the other, one for a foul earlier on in a move by Hungary (when the ref waved play on) and the second for the bad foul which ended the same move. 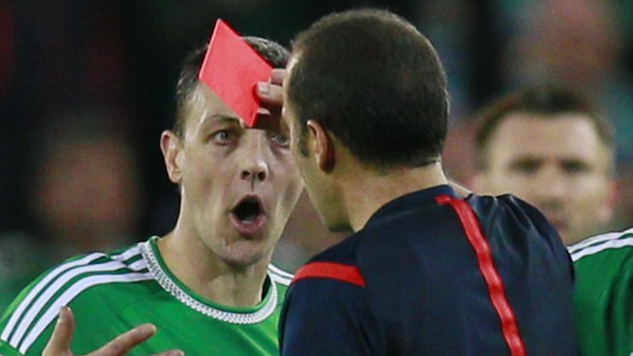 Despite going down to 10 men, the home side battled on and at the death, their Euro-goal-machine Kyle Lafferty came up with the goods once again, netting from close range after a shot from Niall McGinn.

The point sees Northern Ireland stay top of Group F, with a win from their last two games (Greece at home and Finland away) all that is needed to secure a Finals berth in France next summer. 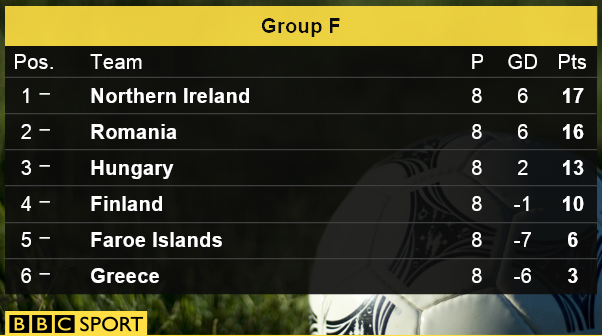