Neither captain Wayne Rooney or the England team as a whole managed to hit top form at Wembley on Tuesday night. However, the Three Lions did enough to secure a 2-0 win, with Rooney finally setting a new record for England goals. 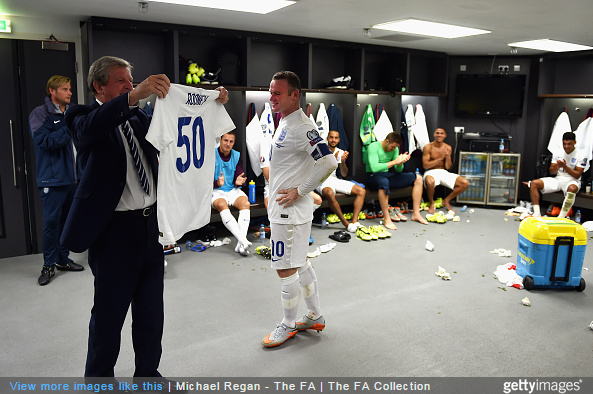 The game had just begun when Man City’s Fabian Delph was forced off with a hamstring injury.

The hosts struggled to create any decent chances, with the Swiss looking dangerous on the break, although Alex Oxlade-Chamberlain did go close.

On the half-hour mark, Stoke City’s Xherdan Shaqiri was foiled by Joe Hart as England struggled to control the game.

After the break, a good run from Oxlade-Chamberlain set up Rooney, but the striker could only direct a header straight at Swiss ‘keeper Yann Sommer.

On 67 minutes, the deadlock was finally broken, with sub Harry Kane firing home after good work from Luke Shaw down the left.

Then, the moment everyone had been waiting for finally arrived. When Raheem Sterling produced a rather terrible dive. With referee Gianluca Rocchi somehow decided to point to the spot, Rooney then fired home his record-breaking 50th senior goal for England.

Not the best of performances from the English, with Jonjo Shelvey arguably looking a bit out of his depth in the deep-lying midfield role. Still, the win keeps alive England’s 100% record in qualification while Rooney finally got the record-breaking shenanigans out of the way. As for the Swiss. they are now on the verge of bagging the second automatic qualification spot for themselves.