Landmark moment for @OfficialASRoma legend Francesco Totti as he scores his 300th goal for the club. #SerieA http://t.co/ZcOJblmOKP

At the grand old age of 38, Francesco Totti wafted home Roma’s first equaliser in their 2-2 draw with Sassuolo at the weekend.

While not the most aesthetically pleasing effort Totti has ever tucked away, the goal was incredibly significant in that it was the 300th goal of his long and distinguished one-club career.

To celebrate the momentous milestone, Roma paid tribute to their legendary captain after the game by producing a lovely photo-mosiac of his face made up of images of every single one of his 300 goals… 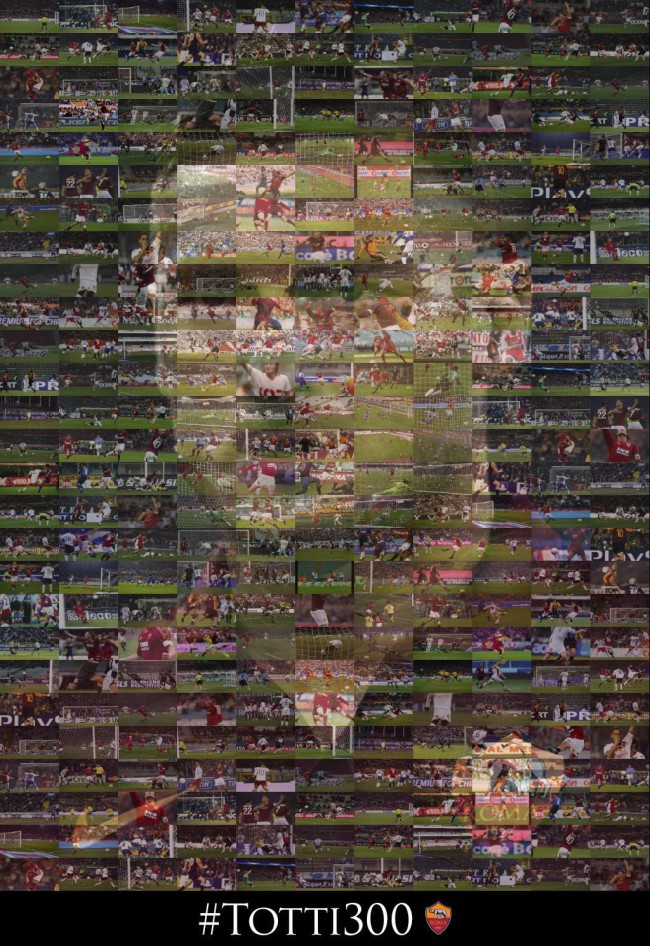 Roma’s official website informs us that a total of 21 years and 16 days separate Totti’s first goal – scored on September 4th, 1994 — and his 300th goal, scored on Sunday.

Step this way for a black-and-white snapshot of his first goal for the Giallorossi, scored against Foggia as a 17-year-old.

For the record, the club’s second all-time top scorer, Roberto Pruzzo, is lagging way, way behind on a measly 136 goals.