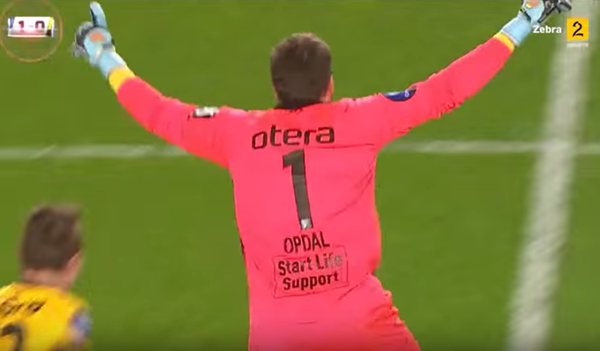 Because everybody loves the sheer joy of a goalscoring goalkeeper, here’s IK Start stopper (a slightly confusing turn of phrase, admittedly) Hakon Opdal humping an almighty freekick past his opposite number from just inside his own half against Valerenga last night…

Now there’s no way he meant that, but kudos to Opdal for having the brass cojones to celebrate it like he did!

Suspect handling (or lack thereof) from the Valerenga keeper there too, but hey ho.

For the record, Opdal’s freekick proved to be the 66th-minute equaliser in a 1-1 draw.