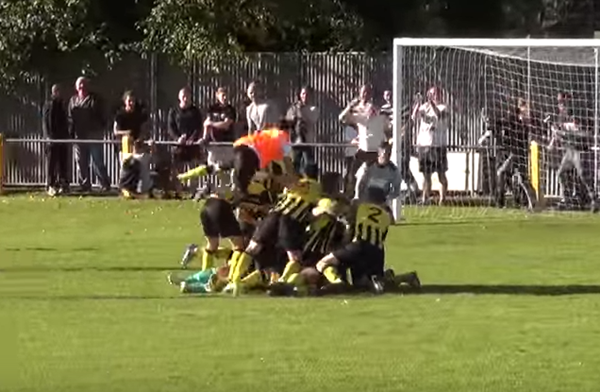 Hats off to Holbeach United goalkeeper Ricky Drury, for this last weekend truly belonged to him.

With his side 1-0 down to Worcester City in an FA Cup preliminary tie and the clock ticking over into the fifth minute of injury time, Drury popped up with a spectacular acrobatic equaliser to save the day.

Indeed, the goal was so good that Worcester even decided to make a feature of it on their official Youtube channel…

Not only did Drury’s magnificent strike snatch parity from the jaws of defeat, it also ensured Holbeach (of the ChromaSport & Trophies United Counties League
Premier Division) will get a potentially lucrative replay away at Worcester, who play three divisions above in the Vanarama National League North.