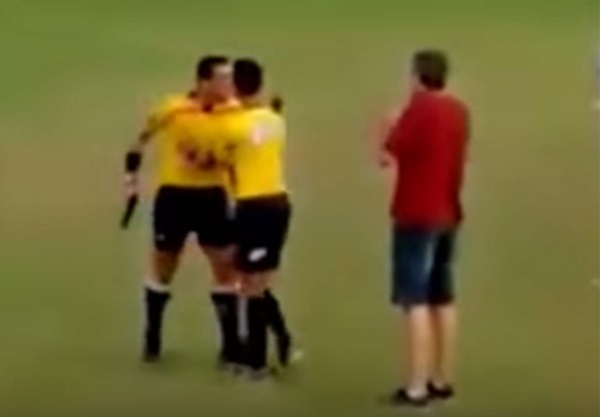 A Brazilian referee has had his licence temporarily suspended after he pulled out a gun during a local amateur game.

The official in question, Gabriel Murta, brandished his weapon when the recent tie between Brumadinho and Amantes da Bola took a turn for the ugly.

Murta was allegedly punched and kicked by an Amantes da Bola player and so, in turn, asserted his authority by pulling a gun from the waistband of his shorts…

According to the Guardian, Murta (who is a policeman by day) will now have to undergo a mandatory psychological assessment before he’s allowed to have his refereeing accreditation reinstated.