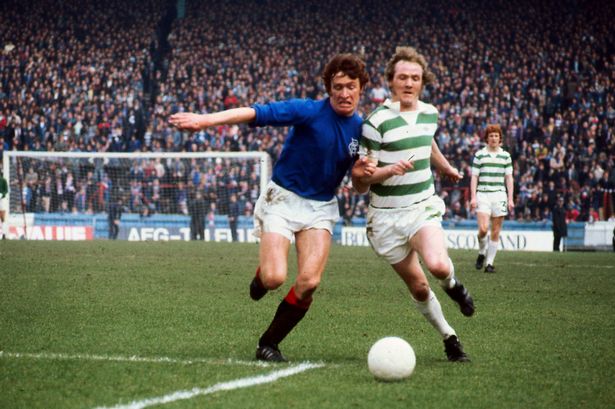 Soft red cards are ten-a-penny in the modern game, but back in the 1970’s it usually took a special kind of swivel-eyed hatchet job to wind up in an early bath.

However, that didn’t stop Celtic winger Johnny Doyle finding himself on the wrong end of what must surely rank as one of the flimsiest dismissals in British football history, even by current namby-pamby standards.

Just a couple of weeks into the 1977/78 season, Celtic travelled to Somerset Park to play Doyle’s former side, Ayr United – the club he had left to join the Bhoys just 18 months previous.

After a minor stramash in the Ayr box, the ball was cleared to the left wing where Doyle was stationed. He immediately attempted to whip it back into the penalty area only for his cross to inadvertently hit referee Bob Cuthill in the side of the head, knocking the official off his feet – much to the delight of the 14,500 fans inside the ground.

After regaining his senses and consulting with his linesman, Cuthill duly decided that Doyle had intentionally whacked the ball at him and promptly sent the Celtic man off for unsporting conduct…

As it happens, Doyle was later absolved of any wrongdoing following an SFA disciplinary hearing, though it didn’t stop Celtic from slipping to an embarrassing 2-1 defeat on the day.