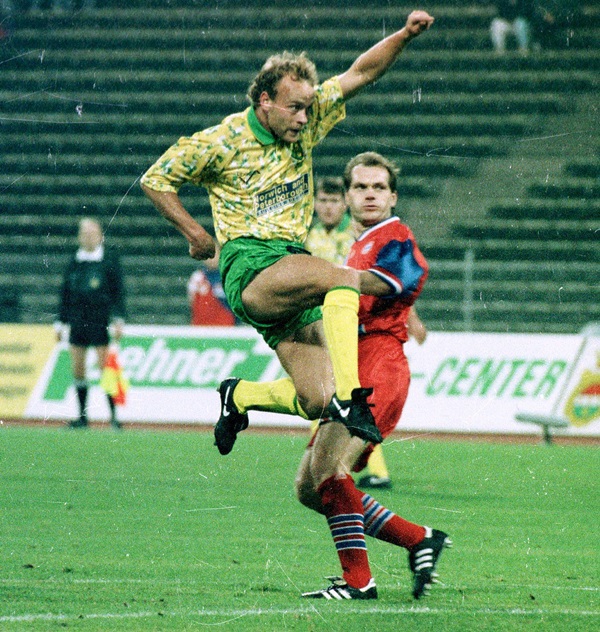 One of the unlikeliest football results in the history of everything ever was also one which provided English football with a desperately needed spark.

The so-called ‘country bumpkins’ of Norwich City beat German aristocrats Bayern Munich 2-1 on their own turf in the UEFA Cup, prompting one of John Motson’s most famous lines.

English football was at something of a low ebb on the continental and international front. The national side was busy heading out of the World Cup qualifiers under Graham Taylor, and club sides were still overcoming the effects of the five-year European ban that had been imposed after Heysel.

Norwich had finished third in the new Premier League in 1992/93, but had only qualified for the UEFA Cup because Arsenal won the FA and League Cup double.

The common consensus was that Norwich would receive much the same treatment as Norfolk poultry poobah Bernard Matthews routinely gave his turkeys.

The Bayern team was led by Lothar Matthaus, and featured Dutch maestro Jan Wouters. But this was a Canaries side that was both confident and capable under the leadership of manager Mike Walker.

Jeremy Goss, pictured above, was the hero – scoring a sublime volley at the Olympic stadium to help seal a famous 2-1 win, and scoring again in the 1-1 return leg at Carrow Road that saw City through.

They were the first English side ever to win at Bayern’s ground and, after 20 minutes, were 2-0 up – prompting Motson to utter the line “This is almost fantasy football”…