Northern Ireland will take part in a major finals event for the first time since the 1986 World Cup after Michael O’Neill’s side beat Greece 3-1 at Windsor Park on Thursday night. 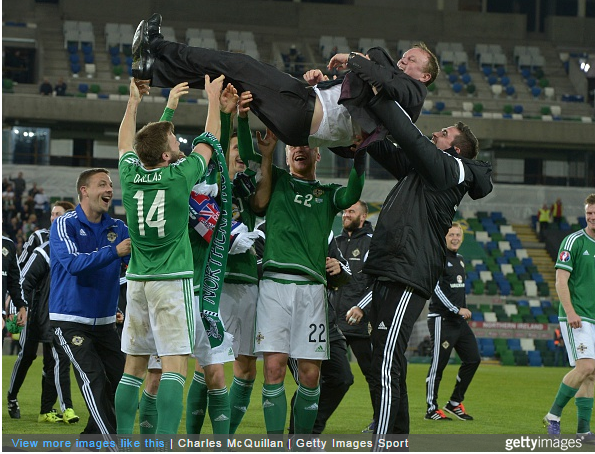 The hosts took the lead on 35 minutes, with Southampton midfielder Steven Davis netting from a  Stuart Dallas centre.

Just after the re-start, the Northern Irish doubled their advantage when debutante Josh Magennis headed home from an Oliver Norwood corner.

Captain Davis then sent the Windsor Park fans into a state of utter delirium with his side’s third of the night, this time courtesy of clever header.

Christos Aravidisdid get one back late on for the Greeks, but it was too late as the home side secured the requisite victory which sends them to France next summer.

The Northern Irish can now finish the campaign as Group F winners if they manage to avoid defeat away to Finland on Sunday, after Romania could only manager a 1-1 draw at home to the Finns. What an incredible night for Northern Irish football!