England kept alive their 100% record in the Euro 2016 qualifiers courtesy of a comfortable if unremarkable 2-0 win against Estonia at Wembley. 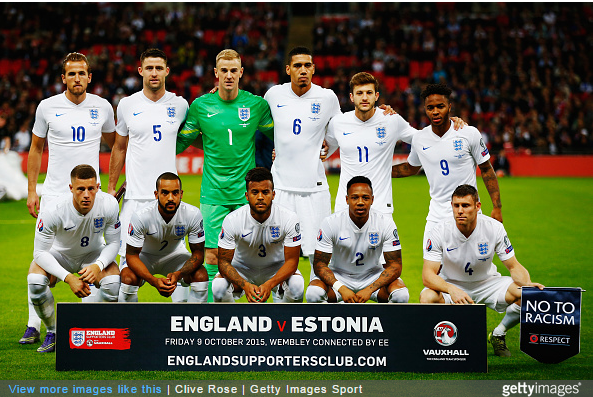 The injured Wayne Rooney received a Golden Boot for his 50th England goal from Bobby Charlton ahead of the game.

The Three Lions started with Ryan Bertrand at left-back and James Milner in a holding midfield role.

The first-half produced little in the way of excitement until just before the break, when Theo Walcott coolly finished after a fine pass from Ross Barkley.

In the second period, the hosts struggled to break down an organised and disciplined Estonian side.

Barkley impressed throughout for England and forced ‘keeper Mihkel Aksalu into a five save on 77 minutes.

However, the second goal did eventually come, with Raheem Sterling netting from close-range after good work from Jamie Vardy.

Overall, hardly the greatest of performances from England but one which makes it nine wins out of nine in the campaign. Next up for Roy Hodgson and co. is Lithuania, and the chance to complete the qualifying campaign without dropping a single point, something only five sides have done before.