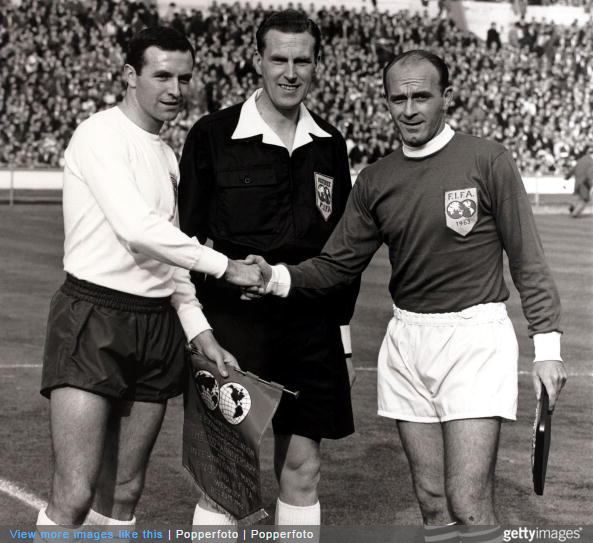 To celebrate the centenary of the Football Association, a team made up of the best eleven players from all over the world was invited to play against the Three Lions in a special exhibition match at Wembley Stadium on 23rd October, 1963.

Rather dauntingly, the Rest of the World side was so strong that the great Ferenc Puskás had to be left on the bench.

In front of a capacity crowd of 100,000 at Wembley, Southampton winger Terry Paine put England ahead in the 66th minute before Denis Law equalised in the 82nd.

Then, on 90 minutes, up popped arch-poacher Jimmy Greaves to win the match for the home side…

Here’s the highlights of the match, once again coming courtesy of the British Pathé archives…