After the disappointment of Thursday’s 2-2 draw with Poland and subsequent end of their qualification hopes, Scotland dusted themselves down and secured an easy 6-0 win away to Gibraltar.

A much-changed first XI took the lead on 24 minutes, courtesy of a Chris Martin header. Shaun Maloney then made it 2-0 before the break. 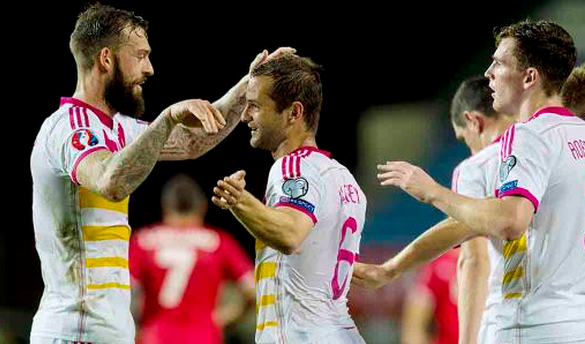 In the second-half, Steven Fletcher stole the show with a hat-trick to take his total in the campaign to seven, albeit with five of them coming against Gibraltar.

At the death, Everton’s Steven Naismith rounded off the mauling to give Gordon Strachan’s side a 6-0 win.

The Scots finish what was, at times, a promising campaign in fourth place in Group D, a three points behind the Republic of Ireland and Poland.