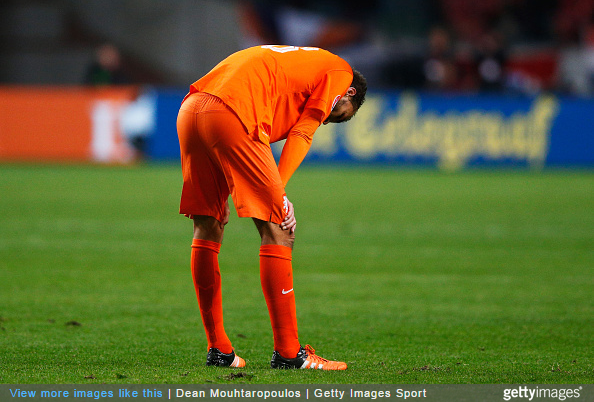 “Yep, buggered that one up”

With their fate already in other people’s hands, the silly old Netherlands lost 3-2 against the Czech Republic last night to miss out on a place at Euro 2016.

The Dutch needed to beat the Czechs and for Iceland to beat Turkey in order to wash up in third place in Group A and therefore snag a play-off spot.

However, while Turkey went on to beat Iceland 1-0, the result in Selçuklu proved immaterial as Robin van Persie scored a disastrous own-goal as the Netherlands lost 3-2 at home against a Czech side that was forced to play with 10 men for the entire second half following Mark Suchy’s 43rd-minute dismissal.

As such, the Netherlands failed to qualify for their first major tournament since the 2002 World Cup.

It would appear that it was their destiny to do so…

So we’re going to have Albania at Euro 2016 and not the Netherlands? What a topsy-turvy world we live in.