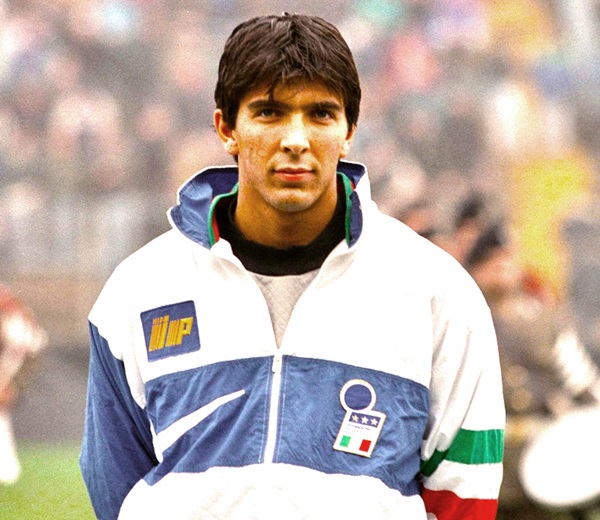 He’s now the most capped goalkeeper in the history of Italian international football with 152 caps to his name, but on 29th October, 1997, fresh-faced 19-year-old Parma goalkeeper Gianluigi Buffon lined up for his country for the very first time.

Italy were playing away in snow-blitzed Moscow for a 1998 World Cup qualifier play-off against Russia, a match they drew 1-1.

Buffon came off the bench to replace the injured Gianluca Pagliuca and soon made a stunning save to deny Dmitri Alenichev, thus helping to ensure the Azzurri a place at France ’98….

He duly went on to make the national keepers’ job his own, achieving a record-breaking five call-ups for World Cup finals – as well as establishing himself as one of the giants of the modern game.

In 2001, Buffon was transferred from Parma to Juventus for £32.6million, making him the most expensive goalkeeper in football history.

He’s also the only goalkeeper to have won the UEFA Club Footballer of the Year award, something he achieved in 2003.

All that and he’s hardly aged a day in nigh-on two decades. What a tremendous git.