Poor old Ergotelis midfielder Leonardo Koutris. Playing against AE Larissa in the Greek Second Division at the weekend, the player went down injured.

However, if he thought he’d soon be back up on his feet in a jiffy after some tender loving care, he was very much mistaken. 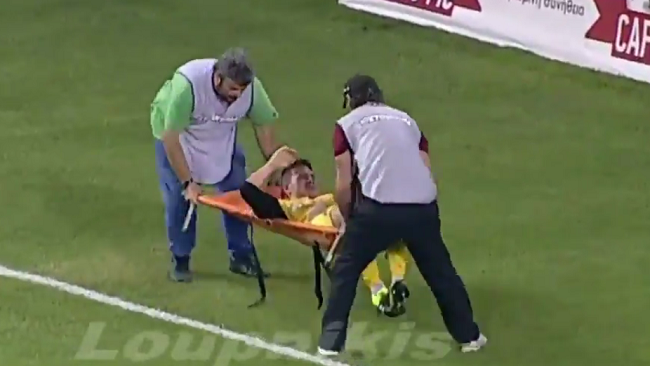 Cue the arrival on the scene of a couple of gormless stretcher-bearers, who manhandled Koutris (half) onto the stretcher before re-enacting a scene from the Chuckle Brothers.

One of the helpers tripped over not once, but twice, on the way to the sidelines, with the unfortunate player dropped on the pitch on both occasions.

This stretcher guy kinda explains why Greece is in such a mess. Via @HooligansTVi pic.twitter.com/7F4AquNcuQ

After finally getting Koutris off the pitch, the hapless duo dumped him on the side of the pitch, which certainly didn’t impress the referee.