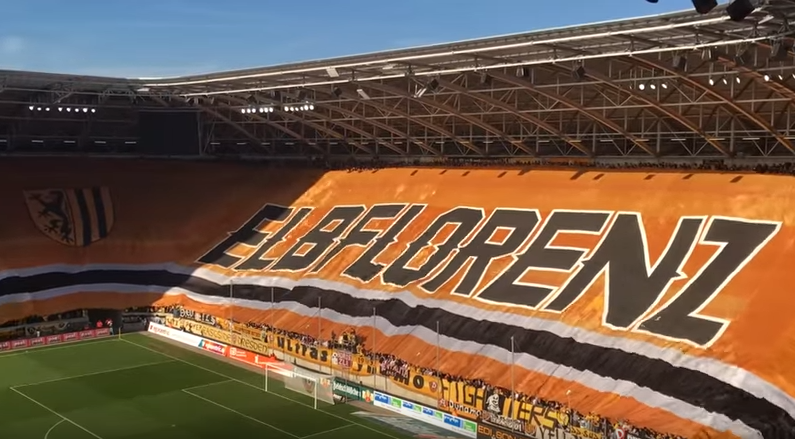 Despite playing in the third tier of the German football pile these days, Dynamo Dresden still manage to boast attendances of 22,000+ fans most weeks – fans that have garnered themselves something of a reputation for putting on gargantuan choreos/tifos in recent years.

Even so, today’s effort against Magdeburg was extra special, with Bild claiming that Dresden’s pre-game choreo was the biggest ever seen in European football.

The banner, which read “The legend of Elbflorenz*, The club with the best fans!”, apparently measured 450 meters in length, was stitched together using 70 kilometres of yarn and cost €25,000.

(*Elbflorenz, translating as ‘Florence of the North’, is a local colloquial nickname for the city of Dresden)