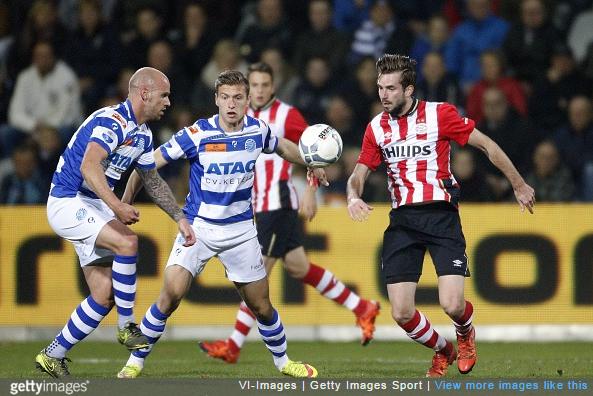 Given that the game ended in a 3-6 win for the away side, goals were hardly difficult to come by in De Graafschap and PSV’s Saturday night ding-dong over in the Eredivisie.

Strange then, that at one point time seemed to freeze as De Graafschap laid slapstick siege to the PSV goalmouth – a world class goalmouth scramble (or ‘stramash’, for our Scottish viewers) that featured several botched shots, a brutal knock-out blow and lots of suitably skittish defending…

Good stuff. Good for the soul.

Many thanks to Pies fan Daniel (@DanielOude) for the tip off.