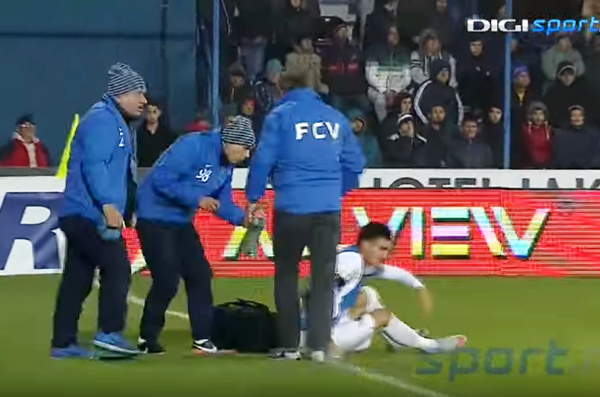 Already something of a hero in most people’s minds, Romanian legend Gheorghe Hagi did his credentials no harm over the weekend when he forcibly stopped one of his Viitorul Constanta players from time-wasting.

During the first half of Saturday’s 2-1 home defeat against league leaders Astra Giurgiu, one of Hagi’s players, winger Benzar Romario, fell to the floor and began writhing in agony after tangling with a defender on the touchline.

With Romario flailing around in pain, Viitorul’s medical staff went yomping down the line to tend to the injured man.

However, Hagi then came barrelling up behind them and duly manhandled the physios to prevent them assessing Romario before yelling at the stricken waif to get up and get on with the game…