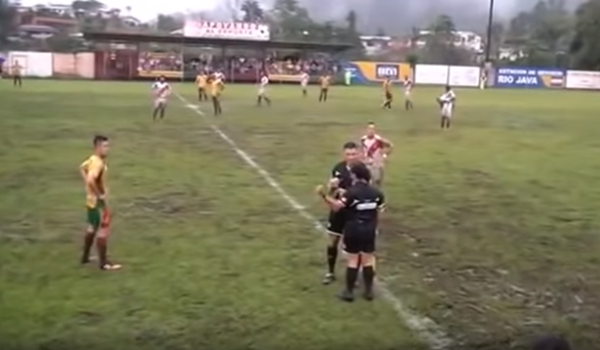 There were weird scenes over in the Costa Rican second tier recently when a match had to be temporarily stopped while the referee had the gobshite pitchside commentator turfed out of the stadium.

The officious lino immediately reported the (incredibly tame) abuse to the ref, who in turn instructed Diaz to vacate the premises.

After a brief argument, Diaz eventually backed down and marched out of the ground when the referee threatened to have the game called off entirely…