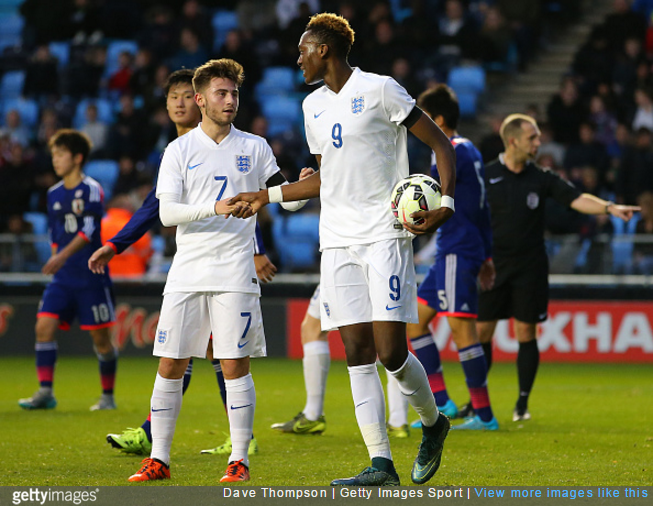 England’s U19 string cruised to a comprehensive 5-1 win over their Japanese counterparts at the Man City academy on Sunday evening, with City young’n Patrick Roberts among the goals on his home patch.

Having already gone 1-0 up during the early knockings, England had the chance to double the lead from the spot with just 20 minutes on the clock.

However, with both players fancying the spot-kick, Roberts and striker Tammy Abraham were forced to play a quick game of ‘rock, paper, scissors’ to decide just who would be on penalty-dispatching duty.

Abraham won, but duly had his effort parried away by Japan goalkeeper Ryosuke Kojima…