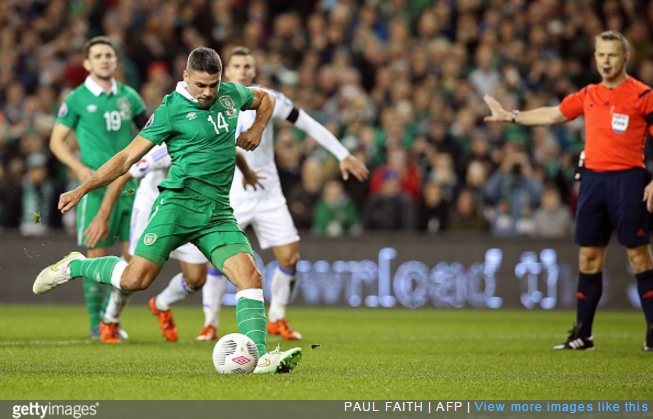 Here’s a lovely little moment captured from the terraces during the first half of the Republic of Ireland’s play-off win over Bosnia & Herzegovina last night, which begins just as Jonathan Walters was preparing to dispatch his 24th-minute penalty.

With the Ireland subs temporarily stopping their warm-up to watch the spot-kick from the corner of the pitch, it just so happened that James McClean was blocking a supporter’s view of the Bosnian goal.

The little interaction that followed was actually kind of sweet…