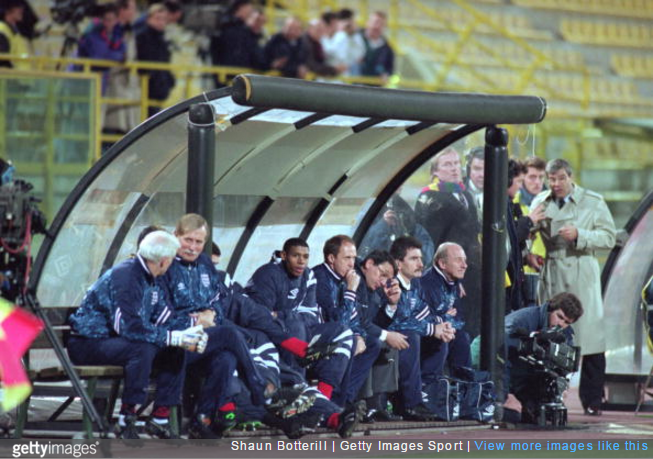 While we’re not presenting this as an official On This Day… post, Pies would like to thank Emil Navarro for giving us a nudge via email that it was on this very day in 1993 that England suffered the humiliation of conceding against part-time perma-minnows San Marino after just 8.3 seconds.

After muddling through a fairly dire campaign, England went into their final 1994 World Cup qualifier in Bologna needing to beat San Marino by at least seven clear goals to move above the Netherlands on goal difference.

Graham Taylor’s merry band of underachievers also needed Poland to overturn the Dutch elsewhere if they were to make it to the USA ’94 by the skins of their collective teeth.

Poland lost 3-1. The result in the Stadio Renato Dall’Ara was instantly rendered moot.

Ironically, England did score seven on the night, but Davide Gualtieri’s consolation incredibly early strike (the only goal he – a computer salesman by day – ever scored for his country) meant that England failed to qualify for the World Cup by two clear points. Taylor resigned shortly thereafter.