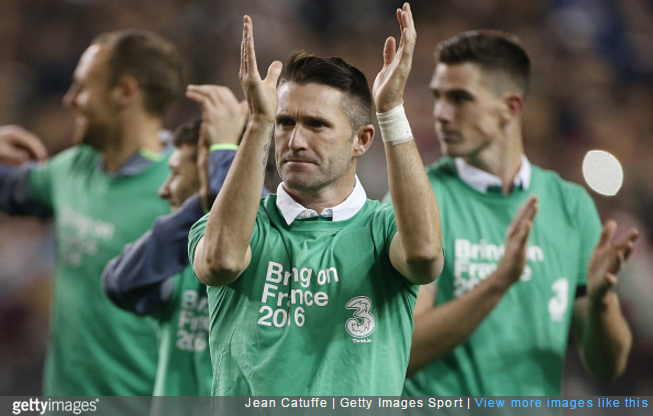 Shortly after securing themselves a spot at Euro 2016, a few of the Republic of Ireland lads – Robbie Keane, Shane Long, Robbie Brady and Wes Hoolahan to be specific – ventured on down to the Auld Dubliner pub for a few celebratory ales.

As is usually the case in Irish pubs, the well-greased quartet also treated the regulars to a good old fashioned sing-song.

With Keane on lead vocals and Long accompanying on guitar, they belted out a lively, if slightly slurred rendition of “If I Were A Marryin’ Man” (also known as “The Hurler’s Daughter”)…

And a jolly good time was had by all!

Seriously, can you imagine any of the dreary England mob revelling in the moment like this?