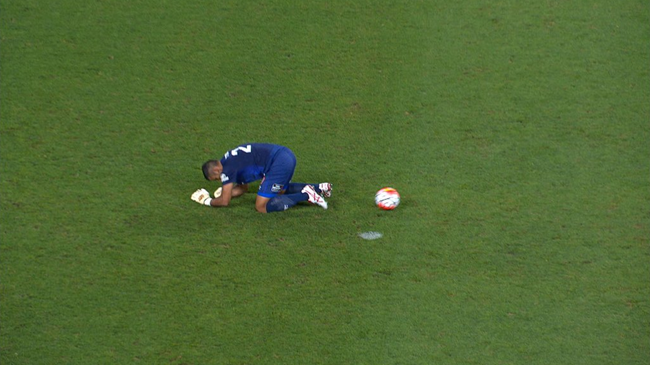 Coming to an A-League blooper reel near you, Brisbane Roar goalkeeper Jamie Young suffered a right old horror show against Melbourne City last night, surviving one monumental howler only to go lolloping head-long into another one shortly thereafter.

The first cock-up of the night when Young somehow managed to nutmeg himself (see photo above) while attempting to hurl the ball upfield.

Thankfully, he managed to survive the encounter with his clean sheet intact – just…

However, while Young may have come through his ridiculous auto-nutmeg encounter unscathed, it was a different story two minutes into the second half when he sent a goal-kick bowling into the back of an oblivious defender.

For the record, Roar did manage to pull one back in the 70th minute through Henrique Silva.