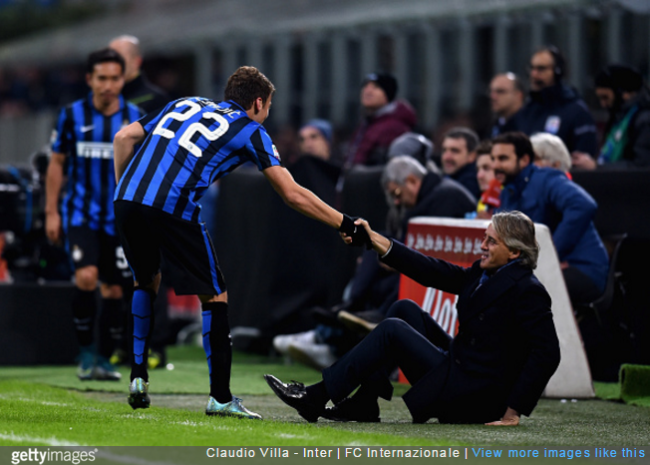 A superb, clever attacker in his day, Roberto Mancini has carved out a successful career in management since hanging up his boots in 2001.

The former Man City boss is currently enjoying a second spell with Internazionale, with the Milan giants moving to the top of Serie A after a thumping 4-0 win on Sunday against Frosinone.

However, during the game, the 50-year-old decided to get involved in the action himself, with rather embarrassing results.

Attempting to control the ball on the sidelines, the former Leicester City player failed to keep his balance, instead falling on his backside. He’s no Jamie Vardy, is he?

Oops! @Inter boss @robymancio takes a tumble and lands on his backside as he tries to kick the ball back. https://t.co/AnSib8Zp6w