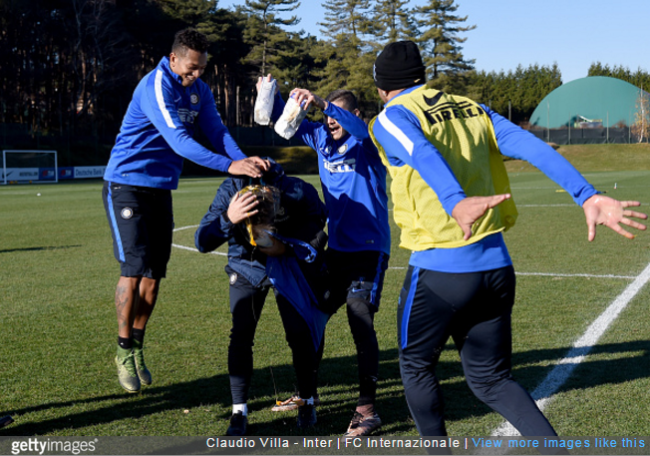 With the boss man turning 51 on Friday, several of the more daring members of Inter Milan’s senior squad decided to treat coach Roberto Mancini to a traditional ‘flour shower’ during training.

Felipe Melo, Fredy Guarin and Mauro Icardi were the ringleaders as Mancini found suddenly himself coated by two jugs of flour the pranksters had stashed inside a training bag beforehand…

And again, in photo form…

It’s all fun and games till it rains and the flour and water form a paste.