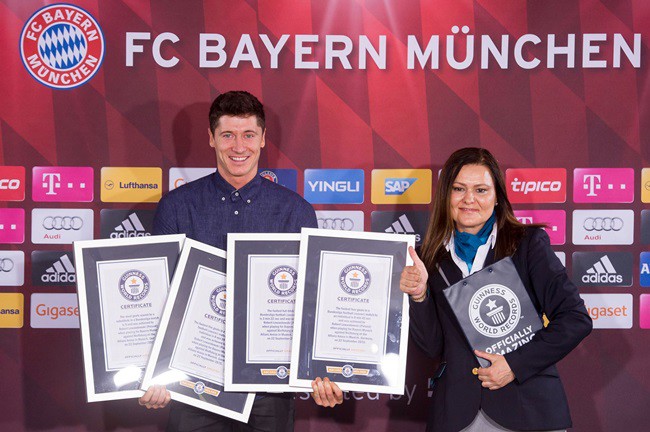 Robert Lewandowski was presented with not one, not two, not three, but four official Guinness World Record certificates at a special press conference at Bayern Munich’s stadium this morning to formally recognise his incredible five-goal blitz against Wolfsburg back in September.

Breaking records is nice and all, but it’s finding the wall space to hang them all up that’s the tricky part.