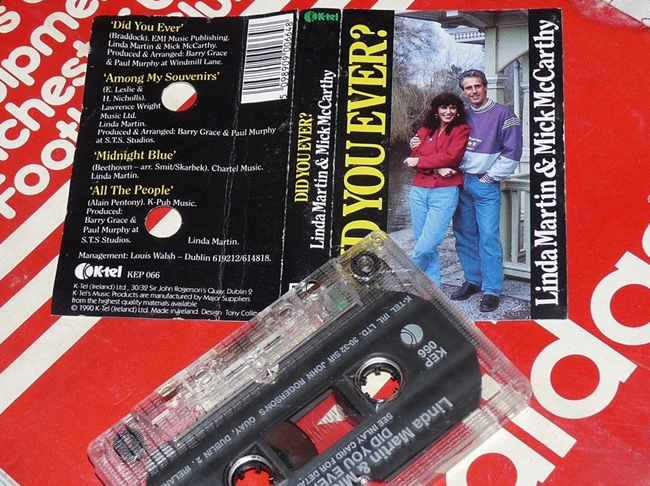 Lord knows how we’ve got this far without being aware of it, but long-lost audio of a charming duet featuring the dulcet tones of Mr Mick McCarthy has surfaced this week and, of course, it’s beautiful.

Sung in tandem with former Eurovision winner Linda Martin, the song is a cover of Lee Hazlewood’s “Did You Ever?” and reached No.15 in the Irish charts upon its release in 1991.

Thanks to the lads over at Balls.ie, we have the audio track right here…

When pressed about the re-emergence of his assault on the pop charts, McCarthy replied:

I wondered when that would appear! (Linda) went on to win Eurovision, I’ve helped all sorts of people become stars, me!

I’ll have the piss ripped out of me good style! But it was for charity.

It’s one of those things, when things are going well for you they come and ask you if you’ll do it and you wonder at the time.

But let me tell you, they had to feed me red wine to get me to sing in the first place.