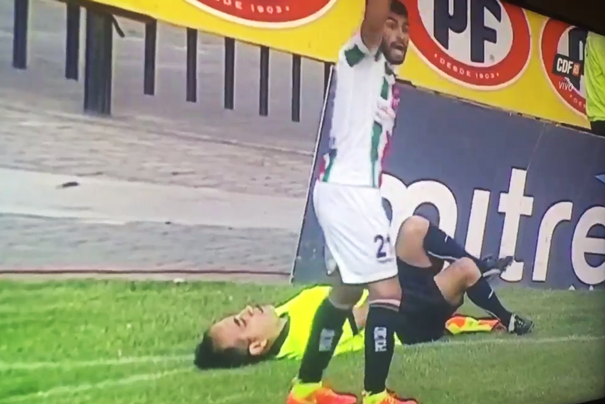 As far as football is concerned, the age of the wimp is truly upon us. Players are mollycoddled from such an early age that none of them know what genuine pain is any more, hence the reason most of them spend all game screaming in agony.

Sadly, it would appear that the scourge is now spreading to the officials, with Chilean linesman Carlos Echeverria hitting the deck like a sack of patatas during the recent game between Huachipato and Palestino after having a ball poked against his thigh from close range…

Pathetic. Totally bloody pathetic, and a minor symptom of a much wider, more ingrained epidemic.

*Sigh* What is football coming to?