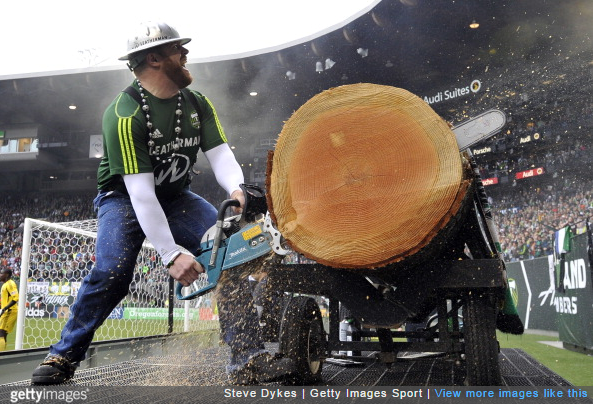 Portland Timbers have taken the slightly unusual step of hauling an enormous chuck of lumber (if you’ll excuse the Yank parlance) across the entire breadth of the United States in preparation for Sunday’s MLS Cup Final in Columbus.

For those unaware, in typically brash American fashion, the Timbers have their lumberjack mascot Joey hack a slice off the ‘victory log’every time the team score.

Having reached the final, Joey strapped his log to the back of a truck and is currently in the process of having carted some 2,400 miles across the country to Columbus Crew’s Mapfre Stadium…

However, in a bid to widdle on Timbers’ bonfire, Crew have amended the list of prohibited items that will not be allowed into their stadium for the game.

Indeed, a specially updated version of the club’s matchday policy guidelines has been published on their official website, with chainsaws and “logs of any wooden variety” banned from passing through the turnstiles ahead of the final this weekend… 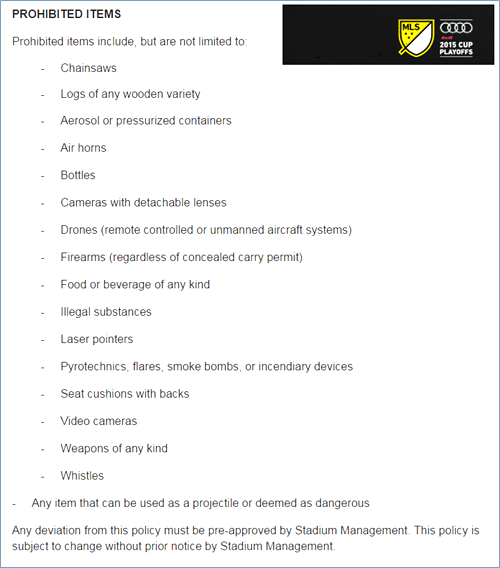 For the record, it’s been reported that Timbers are perfectly happy to respect Crew’s wishes and instead plan to set up Joey’s magic log outside the stadium somewhere.