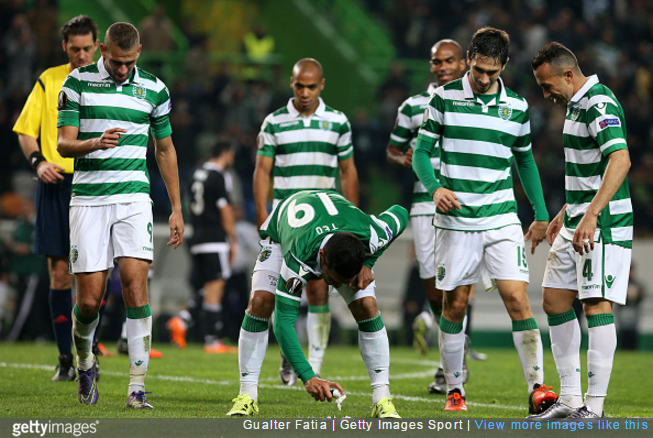 Sporting Lisbon striker Teofilo Gutierrez found himself booked in the act of celebrating his goal against Besiktas in the Europa League last night, not for diving into the crowd or yanking his shirt over his head, but for an altogether stranger transgression.

After sticking away Sporting’s third and final goal of the evening, Gutierrez approached the referee, nabbed his canister of vanishing foam and proceeded to attempt to write his name out on the turf.

.@Sporting_CP player receives yellow card for stealing the ref’s spray to use in a celebration! #UEL https://t.co/3ZJjhVDlU8

Well there’s something you don’t see every day.