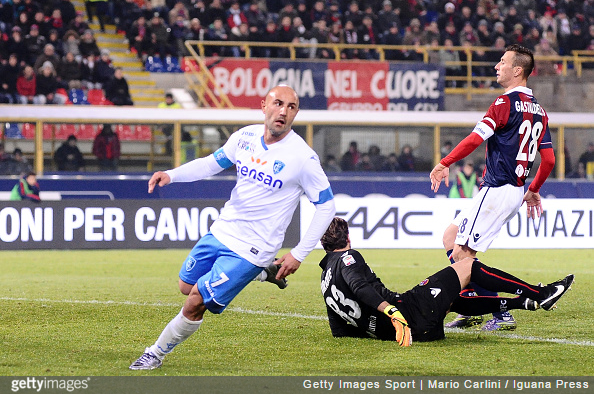 Ex-Middlesbrough cult hero Massimo Maccarone found himself back among the goals on Saturday, scoring twice in Empoli’s 3-2 away win over Bologna.

With the score locked at 1-1, Maccarone pounced to put Empoli back in front shortly before half-time and promptly decided to celebrate by helping himself to a swig of a fan’s beer that he’d obviously been eyeing up for a while…

Rather than prove detrimental to his athletic prowess, the mid-match lager spurred Maccarone on to greater heights – the 36-year-old striker going on to also score what proved to be the winning goal just two minutes after the restart.