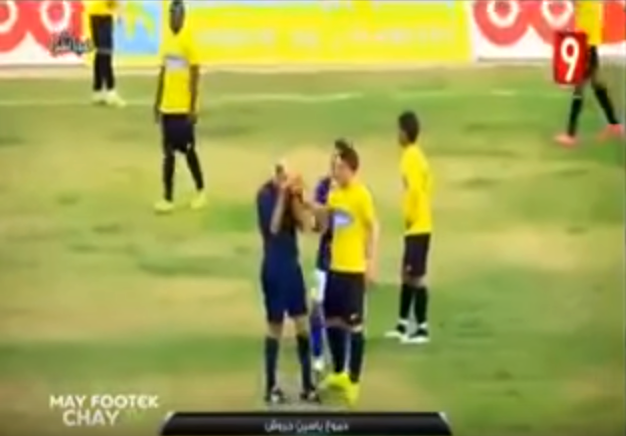 A Tunisian referee had to be visibly comforted by players after being reduced to tears during a recent top flight match.

While officiating CA Bizertin’s home game against AS Marsa in the Tunisian Ligue 1 on Christmas Eve, referee Yassin Hroh was so upset at the insults he was receiving from the terraces that he couldn’t help but burst into tears.

The fans were reportedly chanting songs about Hroh’s mother, with the rattled ref telling the press:

Hearing of such insults, it’s hard to hold back tears.

No one likes to hear his mother insulted. God bless my mother.

With just one point separating the two teams going in, the match – which finished 1-0 to Bizertin – was fiercely contested through, except for a few tender minutes in the middle when everybody stopped to check on the poor old referee..