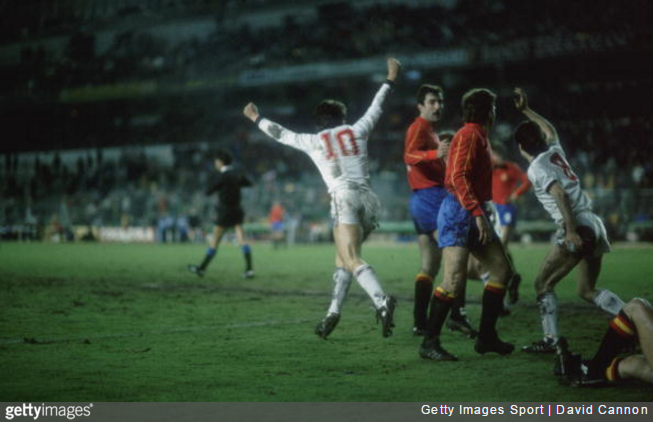 One evening in Madrid, almost exactly 29 years ago, Gary Lineker inspired England to a stunning 4-2 win over Spain at the Bernabeu.

Lineker finished his evening’s work with less than an hour on the clock. In fact, all four goals came in a frenzied 33-minute burst, two before half-time and two after the restart.

The remarkable feat meant that Lineker – a Barcelona player at the time – became the man to have scored the most goals against Spain in a single match, a record that stands to this very day.

One month beforehand, Lineker had scored a hat-trick for Barca against Real Madrid at Camp Nou.

As such, his international goal-glut was met with fawning headlines from the Spanish press, with one Catalan paper proudly crowing “Catalan player scores four goals against Spain” in defiant, anti-imperialist fashion. 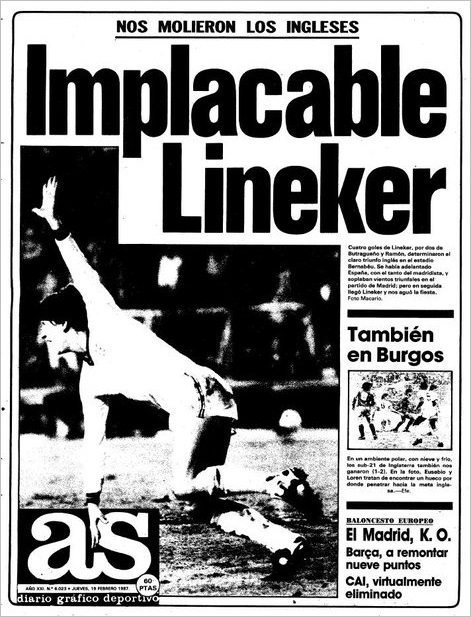 Speaking of which, also making his international debut was a 20-year-old central defender by the name of Tony Adams.

See how positively chuffed he was…