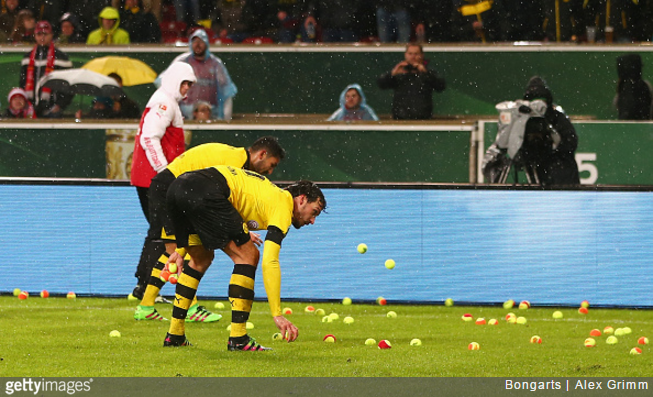 Borussia Dortmund fans brought a temporary halt to their DFB Pokal cup tie against Stuttgart last night with a mass tennis ball protest over having to pay £15 to get in.

With almost half and hour played, the pitch was suddenly bombarded with tennis balls hurled from the away end, with Dortmund supporters up in arms about being made to pay €19.50 (roughly £15) for standing tickets at the Mercedes Benz Arena and a full €38.50 (roughly £30) for the cheapest seated tickets…

.@BVB fans halt their game at @VfB by throwing tennis balls onto the pitch to protest at ticket prices. #VfBBVB https://t.co/3PJG2ghncW

We can only imagine what they’d thrown onto the pitch at Anfield.