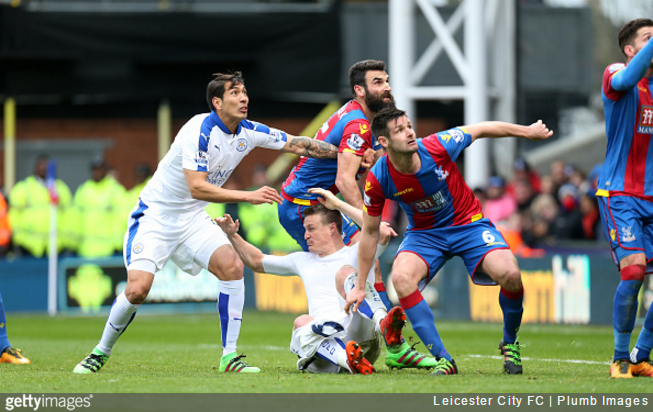 Not that they needed it in the end, but Leicester City had a fair old shout for a penalty against Crystal Palace this afternoon when Scott Dann had a wee tug on Robert Huth’s shirt in a crowded 18-yard box.

Of course, when we say ‘wee tug’ what we actually mean is ‘forcefully yanked Huth’s jersey clean off his body’…

Swapping shirts at half-time is questionable enough, but exchanging clobber while defending a corner?

C’mon Scott, you’re better than that.