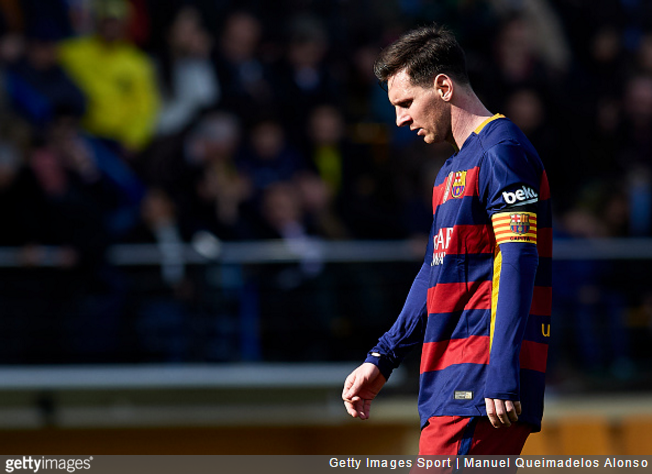 Barcelona snatched a 2-2 draw from the jaws of victory on Sunday afternoon after surrendering a two-goal lead over Villarreal at El Madrigal.

Lionel Messi struggled to make much headway, with his uncharacteristically wayward shooting causing his opponents all kinds of trouble – specifically in the stands behind the goal.

In the early knockings of the match, Messi cut inside and let rip from the edge of the box.

However, the Barca man’s over-cooked shot ended up hurtling high over the crossbar and directly into the face of a young female Villarreal fan sat square behind Sergio Asenjo’s net…

The fan was knocked a wee bit wappy by Messi’s surface-to-nose missile, appearing to fade in and out of compos mentis-ness as supporters around her tried to comfort her.

Initial reports seemed to suggest that the girl broke her wrist, but thankfully it would appear that she did not sustain any serious injuries – just a bit of a light head.