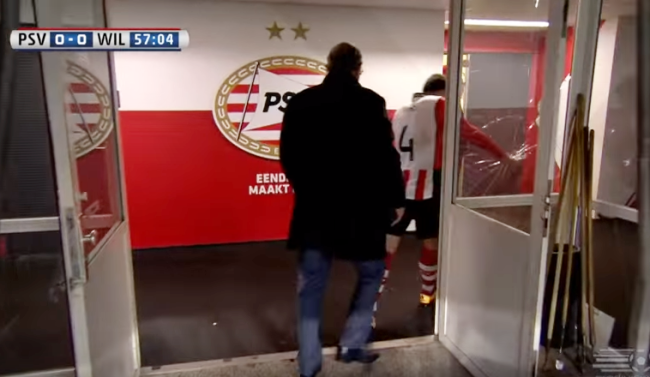 With just a couple of points between themselves and Ajax at the top of the table, things are obviously beginning to get a little tense in the PSV camp as the Eredivisie title race rolls on apace.

With an hour or so gone and the game still frustratingly goalless, PSV full-back Santiago Arias did his side no favours by picking up a second yellow for clambering all over Willem II defender Guus Joppen.

Arias merely quietly seethed as he left the pitch, but the red mist finally got the better of the Colombian as he trudged up the Philips Stadion tunnel toward the dressing rooms…

As it happens, PSV’s poor, defenceless stadium entranceway has been subjected to this kind of abuse before, roughly three years ago in January 2013, when Erik Pieters (now of Stoke City) decided to take out his frustration on almost the exact same pane of glass.

Having been sent off against PEC Zwolle, the Dutch defender put his fist through the window on the other side of the door, leaving him hospitalised with multiple deep lacerations on his hand and arm. 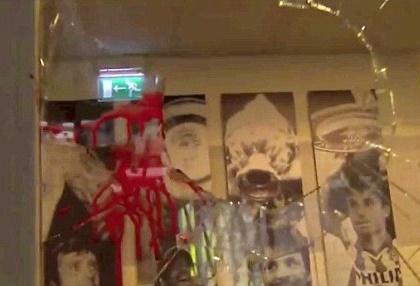 All this on his comeback from a nine-month injury lay-off. Silly boy.