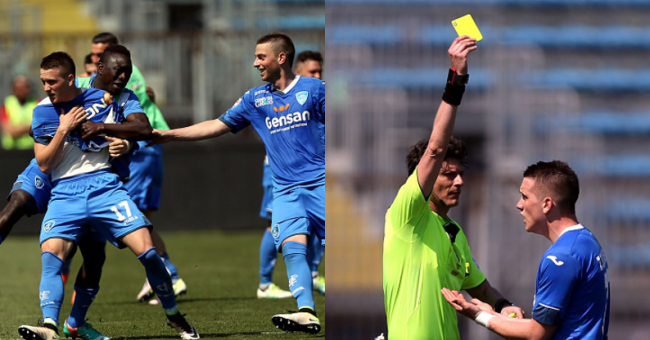 Empoli will have to manage without Piotr Zielinski for next Sunday’s trip to Lazio after the Polish midfielder earned himself a one-match suspension during Sunday’s 2-0 home win over Fiorentina.

Not that he had much to do with picking up the yellow card that sealed his fate, however.

Indeed, shortly after notching Empoli’s second goal in the 88th minute, Zielinski had his shirt forcibly removed by young teammate Assane Diousse – thus falling foul of one of football’s most contrived and maligned by-laws…

The caution was Zielinski’s fifth of the season, meaning he will now be forced to sit out the Lazio game through absolutely no fault of his own.