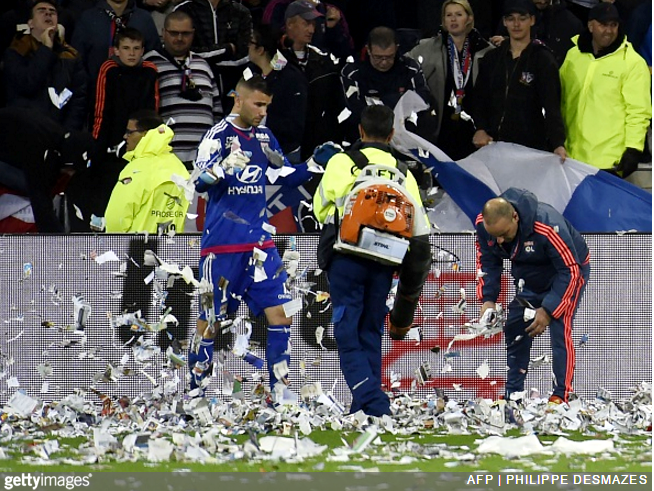 In what must surely be the most significant mass leak of papers in living memory, Friday night’s Ligue 1 match between Lyon and Nice had to be temporarily suspended in the second half when large swathes of the pitch disappeared under a layer of debris thrown from the terraces.

With roughly 70 minutes played, the Lyon fans began hurling litter out onto the turf which was subsequently spread across the entire lower corner of the pitch by the blustery winds swirling around inside the Parc Olympique.

A small army of stewards armed with large rakes and leaf-blowers were then tasked with clearing the rubbish, with Lyon ‘keeper Anthony Lopes also mucking in…

The game eventually got back under way, with Lyon rescuing a late-ish 1-1 draw to just about keep themselves in second place, at least until Monaco play their game in hand.