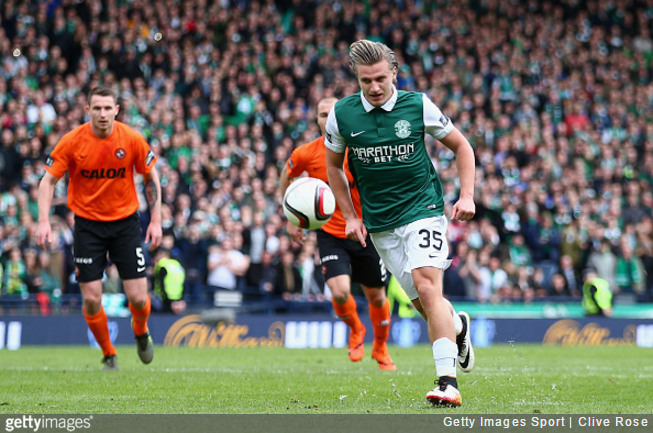 Safe to say that, as far as his penalty-taking prowess is concerned, Hibernian striker Jason Cummings endured a mixed afternoon during today’s Scottish Cup semi-final tie against Dundee United.

After the first 120 minutes finished goalless, Cummings eventually stepped up to settle the shoot-out 4-2 in Hibs’ favour by dispatching the winning spot-kick.

However, the main reason the score-sheet was still barren at the end of extra-time was because the 20-year-old forward had earlier missed a penalty in normal time, and in some style too…