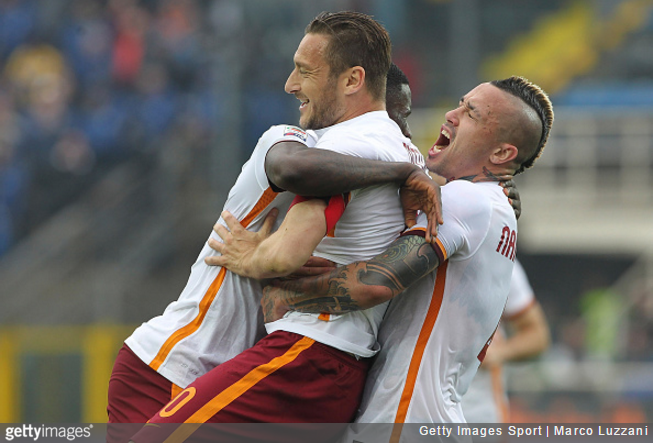 On what was just his eighth league appearance of the season, Francesco Totti scored a dramatic late equaliser for Roma against Atalanta on Sunday with what might just be his final ever goal for the Giallorossi.

Despite his nailed-on status as a Roma immortal, Totti has been jemmied out of the first team picture by coach Luciano Spalletti this season, with the 39-year-old now  widely expected to move on/call it a day this summer.

As such, the sheer gravitas of Totti’s 85th-minute strike to make it 3-3 against Atalanta wasn’t lost on legendarily partisan Roma commentator Carlo Zampa, who very nearly suffered an apoplexy in the immediate aftermath…

Steady on Carlo. You’ll do yourself a mischief if you’re not careful.