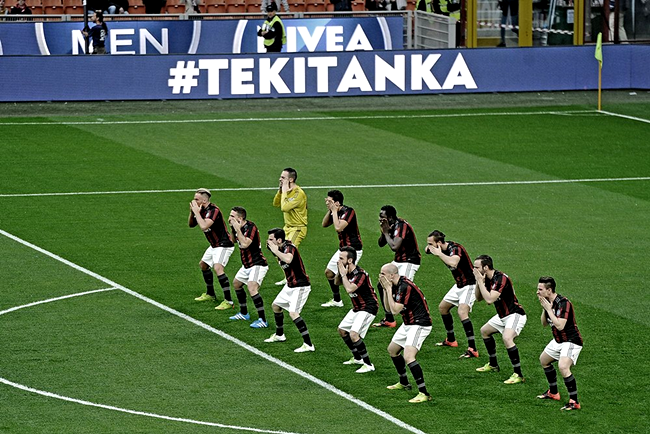 Because football is a commercially-infested cesspit, AC Milan performed the world’s most embarrassing haka before Thursday night’s Serie A clash with Carpi.

Only when we say ‘AC Milan’, what we actually mean is 11 poor sods, hired actors, who were paid to go out there and perform the “Tekitanka” – the brainchild of club sponsors Nivea.

As will soon become abundantly clear, the routine was part of a clumsy marketing campaign that involved the ‘players’ applying face cream while slogans and hashtags flashed up on the advertising hoardings at the San Siro…

This chap summed it up more eloquently than we ever could…

There was a time when the Rossoneri boasted one of the most elegant, illustrious marques in European football.

That time is long gone.