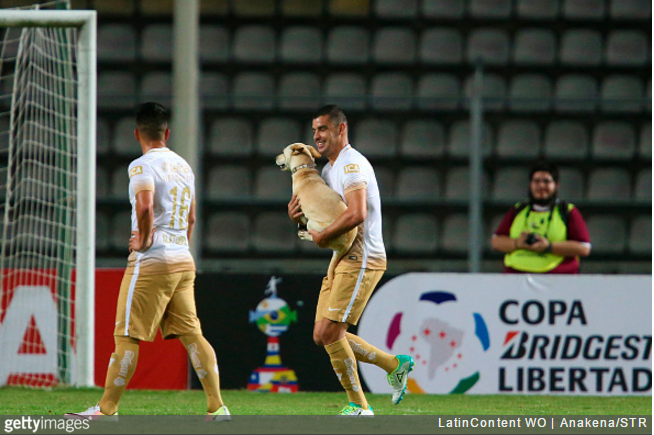 Venezuelan side Deportivo Tachira beat Pumas of Mexico in the Copa Libertadores on Tuesday night, but not before the match was forced to stop when an invader came bounding onto the pitch and began attempting to lick the players.

As Pumas ‘keeper Alejandro Palacios was preparing to hoof the ball upfield, the little interloper stopped him in his tracks before charging around man to man, desperately looking for somebody to play with.

The dog was eventually scooped up by Pumas defender Gerardo Alcoba and ferried off the pitch, though not before he was treated to a few “canine kisses” on the way…

The slip the dogs of d’awwwww, and all that jazz.