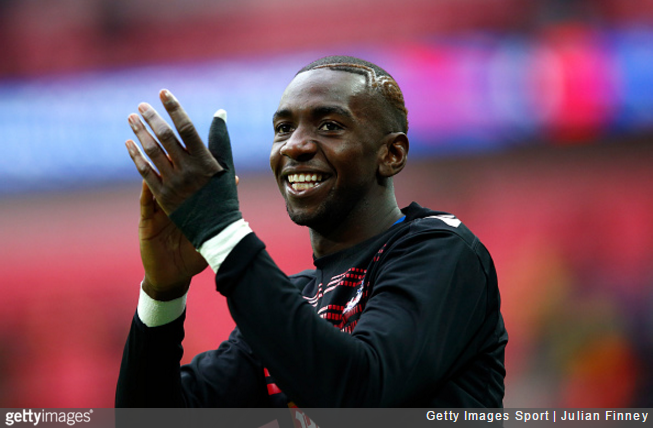 Yannick Bolasie has hinted that he may be in the process of knocking out a special rap anthem ahead of Crystal Palace’s appearance in the FA Cup Final at Wembley next month.

The winger opened the scoring as Palace went on to beat Watford 2-1 in the semis, and it now seems as though he may have been involved in cobbling together an Eagles-themed ditty to celebrate.

Bolasie posted a video of him getting a massage on Twitter on Tuesday evening and playing in the background is a rap banger that seems to involve some very specific references to the year Palace were formed (1905) as well as players like Wilfried Zaha, Pape Souare and Martin Kelly…

We can but hope. Bolasie has proved his rap/grime chops in the past. He’s a bona fide Lord of the Mic, don’t you know?

“[Bradley Wright-Phillips] couldn’t score goals in the Championship, that’s why he went down to League One,” being just the merest sample of his lyrical dexterity.

Anyway, regardless of whether Bolasie drops an FA Cup Final song, there’s no way it’ll be a match for Palace’s 1990 vintage, featuring Pards, Brighty, Solako-y and a whole host of other floppy haired ding-a-lings…