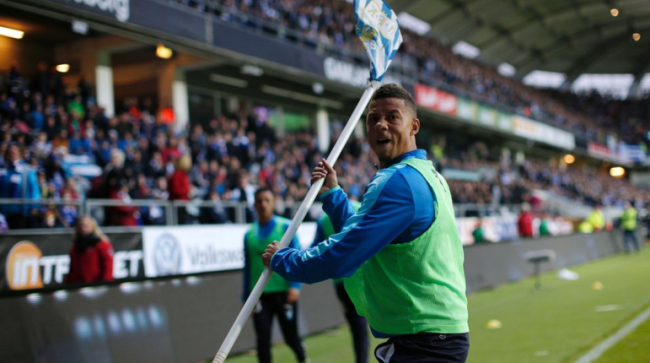 Swedish international Sana was warming up on the sidelines when Gothenburg fans apparently started throwing various missiles in his direction.

However, rather than move away from the trouble, the 26-year-old winger approached the fans in question in the stands before hurling a corner flag at them. Bizarre…

Video of Malmo sub Tobias Sana throwing the corner flag into the IFK Goteborg fans after they threw a banger at him. pic.twitter.com/jgZPDb2Jld

Not surprisingly, the officials abandoned the goalless clash with the atmosphere over-heating both on and off the pitch. Madness!