New York Red Bulls nailed a wonderfully elaborate free-kick routine during their Friday night MLS clash with FC Dallas, with Lloyd Sam, formerly of Leeds United, ultimately putting the ball in the back of the net. 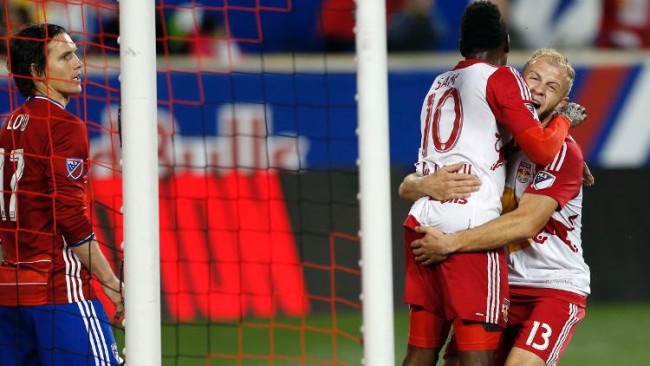 The goal came last in the first half, with four Red Bulls’ players crowding around the ball outside the Dallas box. A couple of the players feigned to shoot before Sacha Kljestan clipped the ball into the box. Sal Zizzo then knocked the ball across the Dallas goal for Sam to fire home from close-range. Lovely stuff…

The Red Bulls added three more goals in the second-half to register a convincing 4-0, a victory.

Nothing better than seeing a finely-tuned training pitch routine coming off when it matters!